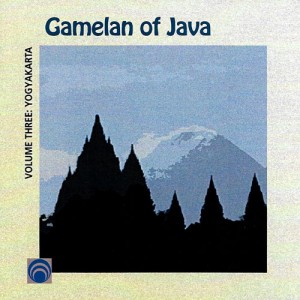 After a rather dry introduction to the formal structures of Yogyanese pieces, Susilo provides a fascinating running commentary on Volume Three’s performances…

…It is not unusual for John Noise Manis’s recording projects to reflect his own highly idiosyncratic approach to Javanese gamelan music. The Lyrichord CDs arguably go beyond ethnography to become more creative than documentary at times. Of course, all producers of ethnographic recordings walk a fine line between documentation and new creations. In my opinion, the inclusion of notes contributed by knowledgeable insiders who not only describe, but also criticize, the decisions that shaped the recordings is an excellent way to mitigate accusations of curatorial distortion… These Lyrichord discs are an important addition to the still too-small catalogue of readily available commercial recordings of Javanese gamelan music. They feature good sound fidelity and exibit fine musicianship. While it is easy to quibble with some of the choices John Noise Manis made in curating the discs, it is only fair to point out that a critical dialogue about these decisions is already begun in some of the liner note essays. Such discussions are part and parcel of any living tradition, and these CDs make access to this discourse a little bit more transparent for newcomers to Javanese music.

…The twins are volumes One and Three, which compare and contrast traditional music from the two main centres of central Javanese culture, the cities of Surakarta and Yogyakarta. Both open and close with a gendhing bonang. The best thing about a gendhing bonang is that it starts slow and calm, and gradually gets faster and louder, so you think you are in for something ambient then find yourself at a rave….

Bapak Hardja Susilo, or Pak Sus as he is affectionately called in the international gamelan community, was born in Yogyakarta on December 3, 1934. At age 3, the whole family moved to kampung Ngadisuryan, inside the Sultan’s walled compound. He learned to play gamelan at Prince Hangabehi’s residence and learned dance at Prince Pudjokusumo’s and Prince Tedjokusumo’s residences.